For the fun of it and because I had some spare time, I tuned into the Microsoft launch of Office 365 in NYC via the web. 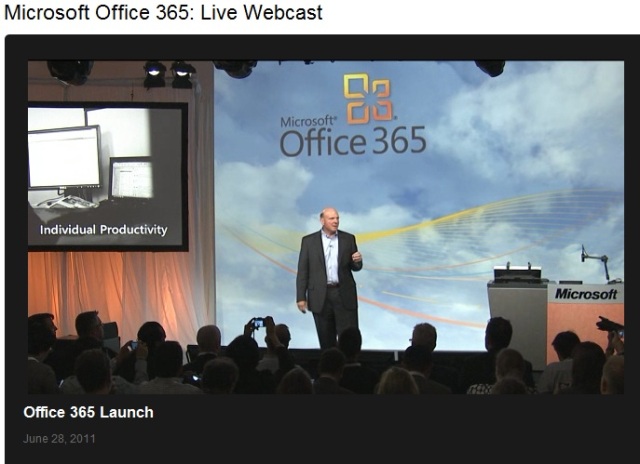 The content was pretty much as you’d expect from a Microsoft event:

All in all, the event lasted less than 30 minutes so it had the redeeming feature of not taking up too much of anyone’s day.

I found the event moderately interesting because:

The Office 365 team has blogged about their launch and I am sure that there will be much additional comment over the next few days. In the interim, now that the excitement has passed, we can all get on with other more important things…

Lead author for the Office 365 for IT Pros eBook and writer about all aspects of the Office 365 ecosystem.
View all posts by Tony Redmond →
This entry was posted in Cloud, Office 365, SharePoint 2010 and tagged Office 365. Bookmark the permalink.