Kilkee is a seaside resort in County Clare on the west coast of Ireland. Originally developed as a resort in the late Victorian era, Kilkee continues to be a popular destination for tourists from all around Ireland and elsewhere. My family used to be frequent visitors to Kilkee in the 1960s and early 1970s, partially because of the extended Irish bank strikes in 1966 and 1970 that forced my father to look for work, and partially because my uncle had married into the family that ran the Strand Hotel on the beachfront. I have only briefly halted in Kilkee twice in the intervening four decades until this weekend when we gathered at the Strand Hotel for a family celebration. Or to give the location its new name, <a href=”the Strand Restaurant and Guesthouse, which as you can see from the photo below, is literally next to the beach.

When I knew it in the 1960s, the Strand Hotel was a typical Irish resort hotel offering decent accommodation and all “mod cons”. As I recall, when I was allowed to help set tables for breakfast by the redoubtable Maureen Quinliven, the menu offered the height of sophistication (in those days) and featured half-grapefruit topped with a glace cherry and “orange juice poured fresh from the tin”.

The Strand is now very different and has evolved to become a very nice guest house under the management of Johnny (my cousin) and Caroline Redmond. Last year The Strand featured on the RTE program “At Your Service” when advice was given by John and Francis Brennan, two of Ireland’s best known hoteliers, as to how the accommodation and restaurant could be improved. The effect was certainly positive and The Strand provided an excellent stopping point – you certainly can’t complain about the view. But then again, I am bound to be biased.

The hotel saw its share of interesting visitors, including one Che Guevara, who stayed in room 3 on September 12, 1961. His entry in the hotel register is under the name “Rafael Trujillo” (third entry from the bottom in the photo below), a pseudonym that Che apparently used when travelling. The entry shows that Che was en route to Prague along with a group of others. The story goes that the airplane he came on from Cuba had landed in Shannon and could not proceed because of fog. The airline took Che and his friends to Kilkee and they arrived at the Strand Hotel. Legend has it that Che made a speech in Spanish in the bar, but that can’t be proved!

Che Guevara's entry in the register of the Strand Hotel

Kilkee is a very beautiful place with its best features being the mile-long strand arrayed around the curve of Moore Bay. The sunsets can be spectacular as the sun dips into the Atlantic and lights up both sides of the bay.

Kilkee sunset as seen from the Strand

Large cliffs protect both sides of Moore Bay. George’s Head is the most prominent to the north. Other cliffs extend to the south towards Loop Head. These cliffs are very accessible by foot from the town and make a pleasant excursion.

George's Head from the Diamond Rocks 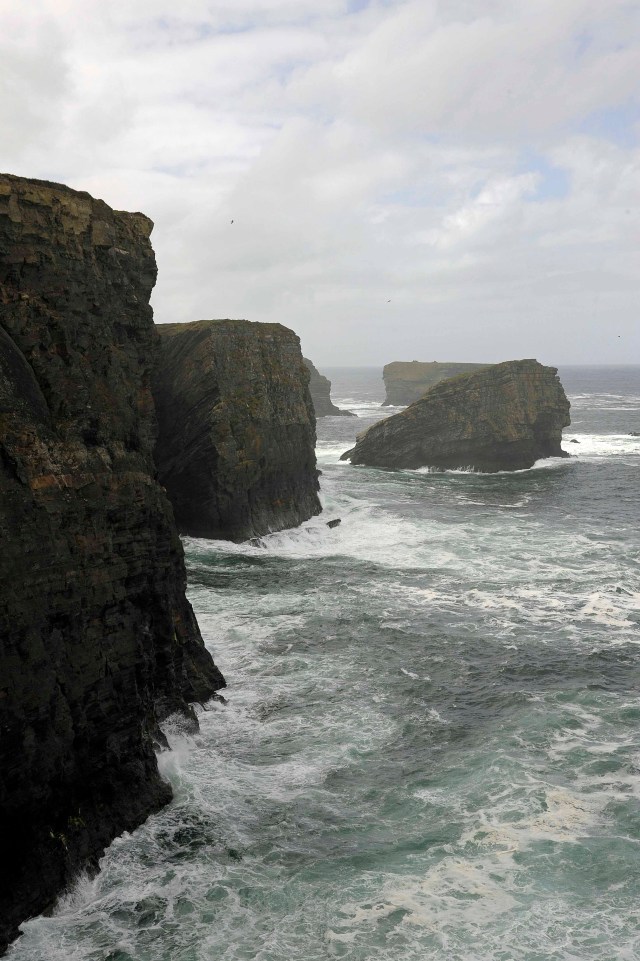 Cliffs to the south of Kilkee

En route to the cliff walk, you pass the Diamond Rocks. These form a reef that protects the entrance to Moore Bay and are exposed at low tide, at which time they become a pleasure ground for people who want to swim in the many natural deep pools revealed by the ebbing tide, search for sea creatures or gather molluscs from the rocks, or simply take the opportunity to walk out and admire an unusual and beautiful view of Kilkee and its surrounds.

Swimming in natural sea pools in the Diamond Rocks

It was a real pleasure to come back and rediscover Kilkee. If you’re planning a trip to Ireland and are looking for somewhere to stop that’s different to the normal tourist stops, you would do well to stop at Kilkee and maybe even follow Che’s footsteps and stay at the Strand.

Office 365 MVP and author
View all posts by Tony Redmond ("Thoughts of an Idle Mind") →
This entry was posted in Travel and tagged Clare, Ireland, Kilkee. Bookmark the permalink.

4 Responses to Back to Kilkee