Exchange Keynotes at “The Experts Conference” 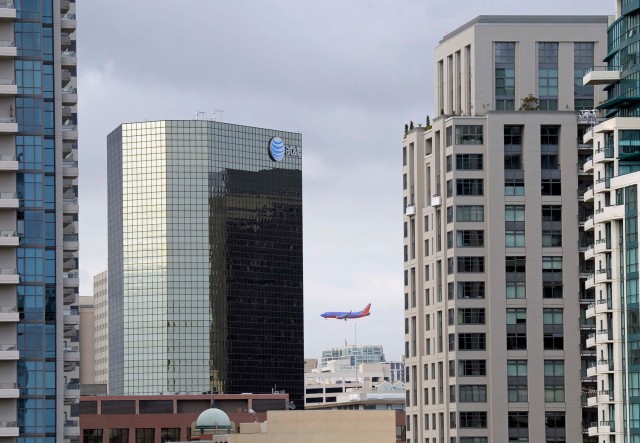 One of the signs of a better conference is the quality of the keynotes. I’m not qualified to offer an opinion about the Monday morning keynote for the Exchange section of TEC 2012 as I was the speaker. You can download a copy of my keynote for your reading pleasure. Now that my stuff is out of the way, let’s focus on what Kevin Allison (Microsoft General Manager for Exchange) had to say during his Tuesday keynote, loosely titled “the state of Exchange”.

If you want, you can refer back to his comments at TEC 2011 (April 2011) and Exchange Connections (October 2011). Kevin is a regular speaker on the Exchange circuit whose next stop must be at MEC 2012 in Orlando next September. No doubt he will have a lot to say about Exchange 2013 then.

In some ways it’s a difficult time for a Microsoft executive to speak because we are currently right in the middle of the product doldrums at a point when the previous product generation (Exchange 2010) is showing some signs of age and the new generation (Exchange 2013) hasn’t yet been formally announced. Faced with such a situation, many executives elect to mutter some banalities and vague aspirations dressed up as product directions that convey little or no insight to the audience. However, to Kevin’s credit, he delivered a session that was full of information and insight as to the future directions of Exchange and Office 365l, even if he declined to answer the inevitable question “what’s in Exchange 15?” (aka Exchange 2013). Microsoft is obviously keeping its powder dry for MEC, which Kevin said would be “full of technical information about Exchange 15”.

Kevin to Tony: "Are public folders really like cockroaches"?

As an introduction, Kevin’s responsibilities broadly break down into two parts. For on-premises Exchange, he owns:

Removing technology blockers that prevent a smooth sales process (in other words, making sure that Office 365 delivers what customers need in order to want to buy)

All in all, it’s quite an array of tasks over which to have oversight.

Kevin started by explaining three important factors that influence the way that Microsoft has thought about the future of Exchange. Mobility and the ever-swelling number of devices that can connect to Exchange through ActiveSync is clearly huge, with over 1 billion smartphone users expected in the near future, all of whom are potential consumers of Exchange. Then there’s the small matter of iPads, Android tablets, Windows 8 tablets, RIM BlackBerry devices, and so on.

Developing the topic, Kevin said that Anywhere Access is just an expected given today. He cited the growth in possible clients for Exchange in just the last five years from the relatively small collection that typically connected to Exchange 2007 just after it launched to the array that can connect today. In one respect, ActiveSync has become a huge success for Microsoft but the widely differing implementations across devices and even across different versions of device families is causing some management challenges, especially as companies succumb to user desire for “Bring Your Own Device” (BYOD) and the ability to plug in just about any wireless-enabled gizmo into their network. Consumerization is truly something that companies absolutely have to sort out to the mutual benefit of both users and the business.

Kevin noted that we’re at a point in time where three generations of workers need to be catered for and that this has never happened before.  I guess because people retired earlier or otherwise didn’t have such long careers, only two generations in the workplace was the norm up to now. The real point here is that the newer generation of workers has been raised on IM and SMS as their preferred way of communication and therefore have a very different perspective of how and when to use email. To experience the difference, try explaining how faxes and telexes worked to your kids. The blank looks will tell the story. The issue for a product like Exchange is to figure out how to integrate new methods of communication in as elegant a fashion so as to accommodate the changing communication habits.

The final big factor is the cloud. Kevin said that he expected 130 million enterprise customers to be “in the cloud” by 2014. He wasn’t specific whether these folk would all be consumers of Microsoft cloud services or across all the services offered by different cloud providers. Interestingly, when Kevin refers to Office 365, he calls it “the Service”. Maybe this is a form of “the Matrix”…

Moving back to Exchange, Kevin spoke about some of the issues that companies consider when they think about moving to the cloud. Control over data by handing physical control to Microsoft evokes many emotions. It also means that the data cannot be used for reporting (for example, analyzing the message tracking logs), a weakness in Microsoft’s service that Kevin acknowledged. However, he said that Microsoft’s view is that data always remains the customer’s and is never owned by Microsoft. Office 365 data is managed regionally today. In other words, if you’re a U.S.-based customer, your mailboxes will be in a U.S. datacenter. This aspect might change in the future to allow customers greater flexibility in deciding where their data should be stored.

Exchange Online follows a cadence of three-month, six-month, and annual updates to keep the service fully patched and as up-to-date with features as possible. When new features are introduced, everyone gets them at the same time. Some customers have difficulty with this aspect of the service. For example, if a new version of OWA is introduced it can have downstream consequences for on-site user support. Microsoft is figuring out how to allow customers to have greater choice and control over when (but not if) new features are deployed to their users. In passing, Kevin noted that the last major refresh of thousands of Office 365 Exchange servers took five days in total (four days patching, one day testing and monitoring), all done with a great deal of automation built using PowerShell and other tools. Exchange Online maintained its 99.9% SLA during this time and no one suffered any loss of access to their data. This is an impressive performance that demonstrates the importance of automation to the success of massive online operations.

Casting his mind back in time, Kevin reflected that Microsoft’s decision to invest in what is now Exchange Online came about as a result of recognizing that Exchange administration was becoming increasingly complex and a real challenge for many customers (given all the new features in Exchange 2010, it’s even more complex now). It therefore made sense for the company who built the software to offer it as a service to customers. The current operations model is likely to evolve over time. For example, Microsoft might offer a service whereby they install hardware on customer sites and then do all the management across the network (a service that seems similar to those offered by companies such as Azaleos today).

Talking about migration, Kevin expressed some frustration that it can take some companies a long time to move to Office 365. The migration process can be long drawn-out and tiresome with work required from Microsoft and the customer as well as potential assistance from third party consultants. Tools such as those offered by ISVs such as Quest or Binary Tree help, but it’s up to Microsoft to improve the migration process to make it much easier and much faster for customers to move to the cloud. One idea was to automatically create a tenant domain when an on-premises deployment of Exchange is done so that the customer has then “reserved” their place in Office 365 and can move from on-premises to hybrid or all-in-the-cloud as they like.

Kevin pointed to the need for high-fidelity migrations to ensure that all of the data that reaches Office 365 is fully functional and behaves in exactly the same way as it does on-premises. As an example, he compared Microsoft’s approach to that taken by Google where calendar items are migrated but have then to be manually reinserted into user calendars to become functional calendar items again.

A video created to show the possibilities of future collaboration technology provoked the question of how much of what the video showed is possible today. Most audience responses were that we’re a while away from what was presented in the video. Kevin’s view was that much of the technology (such as automatic speech to text translation) existed but that a lot more work had to be done to achieve the necessary degree of integration to make everything work so smoothly together. And then there’s the small matter of creating and shipping production-quality versions of the devices that appeared.  Perhaps everything will come together in the next five years.

When questioned from the audience whether a future existed for on-premises versions of Exchange after Exchange 15, the response was that there will always be a certain percentage of customers who want to control the implementation of their messaging system and Microsoft will meet that need with new versions of Exchange. However, the question is what that percentage will be. It could be as low as 5% by 2016 or maybe as high as 25%. My feeling is that the cautious nature of large enterprises will make the percentage figure higher rather than lower, at least in terms of number of mailboxes. We shall see.

On another topic, naturally Kevin uses a Windows Phone and I had the opportunity to compare the weight and general appearance of his Nokia Lumia 900 against the smaller Nokia Lumia 800 that I’ve been using since January. I didn’t think that the extra weight and size compensated for the additional screen area and am quite happy with the 800. It just does the job and has gotten much better in terms of battery consumption since Nokia released the latest firmware.

I’m traveling home to Dublin today, just as the weather in San Diego picks up. All day Monday and Tuesday morning it did a pretty good job of resembling classic Irish April weather (cold, low clouds) rather than the sunny paradise San Diego represents itself to be.